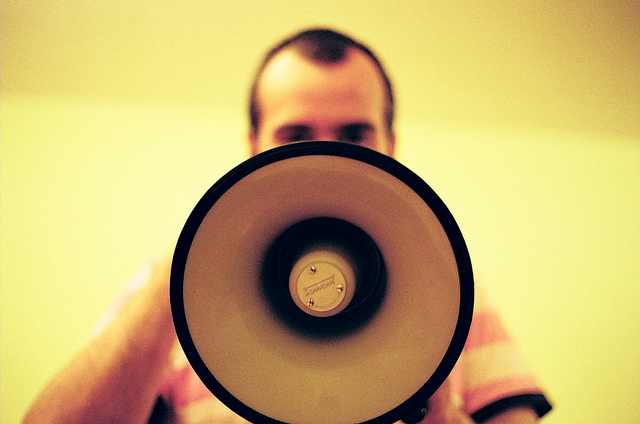 During a recent session of Connections Confab, our Small Groups Pastor David Talbert led a discussion on Starting Point, the newcomers event we host here at the Summit. As an aside, he referenced three reasons that attendance can be lackluster at that event. His “aside” was so good I thought it deserved repeating.

A quick philosophy of announcements

If you listen closely, you can hear the sound of a pastor somewhere in America, still curled up in the fetal position on Monday morning and nursing his paper cuts he received from the dozens of post-it notes, bulletin scraps, and index cards he was handed just prior to walking on stage this weekend. From fellowship meal menu changes to quilting circle reminders, pastors get more than their fair share of promotional propaganda during the weekend service. We’re expected to champion it all, talk about all, and drum up support for it all, because it’s all vitally important.

Except that it’s not.

Most of our “really quick announcements” on Sunday morning don’t benefit the majority of the body. They benefit a select few; a few who can receive more targeted communication in a better way. For the rest of the congregation, they are conditioned to tune out the white noise and assume that there are no actionable steps for them.

That’s why I believe you have to brutally cull the announcements from the stage (and I say this as a former Pastor of Announcements who really enjoyed his job). We should narrow the message to one or two things that have the largest draw to the largest group of people. Kem Meyer’s Less Clutter, Less Noise is a great tutorial on how to make this happen.

(There is one glaring exception to all of the above. If there is a small sliver of demographic we should speak to in every service, it is our first time guests and newcomers. Hopefully, those people are present every week. And hopefully, you have a process to help them move from Point A to Point B. You should talk about that process. You should remind your seasoned church vets of the process. And you should make sure the seasoned church vets know that there are newbies among you.)

But that takes us back to promotion. How can you make sure that your announcements foster support for your events? Talbert gives us three things to watch out for:

1. People don’t come to events they don’t know about.

It seems simple, but it’s often a glaringly overlooked issue. You can spend months planning the perfect event. You can have an enviable budget, a world-renowned speaker, and an activity list that would leave participants breathless. But without good promotion, that’ll all go to waste.

So cast the net far and wide, but don’t just advertise from the podium. Target your target audience. In the Starting Point example I gave earlier, we promote the ever-loving mess out of that event to our first timers. On their first visit, they receive a gift bag with a Starting Point advertisement on three out of the four items in the bag. On a follow up from a pastor, they get a clear invitation. Some campuses will send a monthly email to all newcomers with yet another invitation. By the time a newcomer hears about Starting Point from the stage, it’s usually just one of many reminders they’ve already received. But the point is clear: Starting Point is the absolute correct next step for you if you’re new.

Every church event we promote is in competition for people’s free time. You are asking people to give up their kid’s baseball game, to get off of work early, to arrange babysitting, or to just get up off of the couch. If your event promo slide has spelling errors, if you can’t clearly articulate who it’s for, and if you can’t help people see the benefit of attending, you’ve already lost.

And by the way, don’t make the #1 pastoral mistake of event announcement: your upcoming event is not the event of the year. It’s just not. Statistically, it’s probably not going to be the best night of their lives. It’s not going to be the most fun they’ve ever had. They’re not going to hate themselves forever if they don’t come. Ditch the hyperbole and give them real info. Otherwise, you’re desensitizing them with your overdramatic drumming-up of support.

3. People don’t come to events that you don’t care about.

You’ve seen it happen: the Pastor of Announcements reads off of a card, parroting information that has just been handed over to him. And the obvious truth is … well … obvious. He doesn’t know or care anything about this. It’s understandable: as an announcement guy, I certainly can’t attend everything I talk about. No one can.

But on the flip side, anytime I have to play the role of “that guy” and have a fellow pastor announce an event, I have to be incredibly sure that they know the win behind the event. Sometimes that means I hand them a script. Sometimes I coach them on their lines. Sometimes I promise them cash if they do a really good job in talking about it. (Not really. Well maybe. Never mind. I’ve said too much.)

One last thing: don’t ever overlook the power of your web presence. As we digest more content through social media, it’s important to (a) make the congregation aware of your platforms, and (b) make sure you are updating those frequently with info on your events. For a great post on this, see Carey Nieuhwhof’s “Why Most Churches Greet You Like It’s 1999.”

What did David Talbert leave out? What’s the fourth thing to watch out for in event promotion? Comment below.