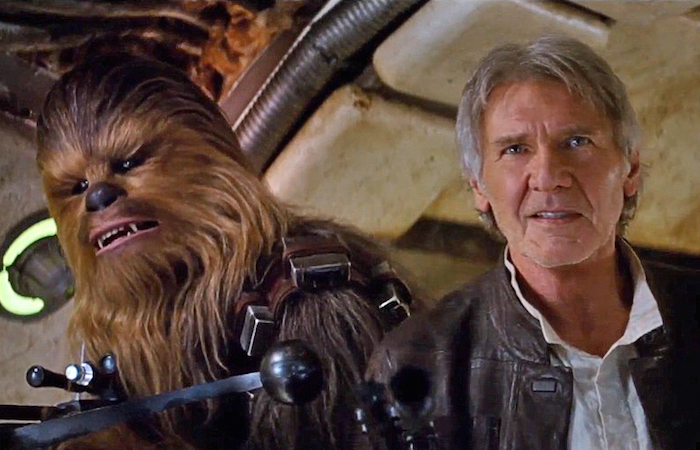 One of our guest service plumblines is the first visit should set up the second visit. We believe that for all of the importance of visit number one, the real win is that a guest returns in the future. The reason is simple: people don’t always respond to the gospel on their first hearing. Bringing them back for a second time or more allows you to build a relationship, to continue a conversation, and to help them take another step.

Our pastor says often that we’ll count it a win if someone says, “I don’t agree with anything those people believe, but I can’t argue with how they made me feel.”

I don’t agree with what those people believe, but I can’t argue with how they made me feel.

But I had a new take on the second visit idea last week from – of all places – Star Wars. Yes. That Star Wars. Billion dollar earning Star Wars. Greatest-Star-Wars-of-all-time-Star-Wars. Jar Jar-free Star Wars.

(Potential spoilers and a definite nerd alert ahead. You’ve been warned.)

Big time Star Wars fan Germain Lussier reflected on his first viewing of The Force Awakens in a recent article for i09:

For me, watching the movie the first time was what I’d imagine seeing your life flash before your eyes is like. It felt like I was watching it on fast forward. My mind was racing to piece things together at such a rate, actual interaction with the film came second. “Okay, here are these new characters, this is what happens, oh that’s what happened with the old characters, how does he link to her, holy crap, that did not just happen.” By the end, I felt like a boxer after a 15 round slugfest. I laughed, I cried, I was spent. There was just too much to process. So many questions were answered, but new ones were posed.

And a few days later, after his second viewing:

So I took off for about a week after that. Life got in the way, but the break also gave me time to think about the movie a lot. Unpack it. Figure out what I liked, what I didn’t like, what I wanted to see again. Then I went a second time. This time I knew the plot, so I had no expectations, I’d already dissected all the minutiae of the film ad nauseum. I could just try and enjoy the movie on a simple, straightforward level.

And seeing The Force Awakens with no baggage was amazing. In fact, it was the experience I had wanted that first time around. On a second viewing, my mind wasn’t spinning at the awesome exposition in the opening crawl and first conversation…I could watch the thing, laugh, and just enjoy it.

There’s no doubt that your first time guests are – in a sense – watching their lives flash before their eyes. They’re processing everything. Taking in everything. Trying to figure out who fits with whom and who does what and what this thing means and how it works with that thing. Every word, every image, every nuance is interpreted, dissected, and replayed over and over as they try to determine what kind of church you are.

But on a second visit, the anxiety lowers and the connection rises. Patterns begin to emerge and settings begin to be familiar. They can experience the service in a “simple, straightforward level.”

Does your first visit set up your second visit? Are you doing everything possible on the first weekend to ensure a second weekend?