A Lot of People 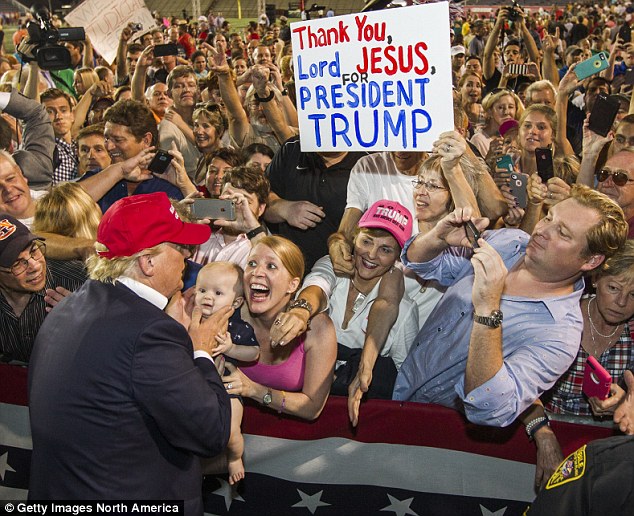 According to the polls, a lot of people like Donald Trump.

You’ve heard of him, right? Real estate mogul. Reality TV star. Hair icon. Trump’s rise in popularity has single-handedly managed to bewilder the free world: “Why is this a thing?” “Is this really happening?” “CAN SOMEONE GET ME THE NUMBER OF A CANADIAN REALTOR?”

The only thing is, I can’t point to a single friend / acquaintance / distant stranger who would admit (at least out loud) that they’re a Trump fan. Just this weekend I saw my first ever Real Life Person wearing a Trump t-shirt. At first I assumed it was a joke, but before I could say, “Haha…nice outfit!” I decided that maybe that person was serious and maybe it was better for me to move to the other side of the street.

And at the risk of taking a political stand, I’ll come right out and say it: just because “a lot of people” think it’s a good idea, that doesn’t make it a good idea.

Let’s turn the page, shall we? If I were a betting man, I’d bet that you have some big decisions coming up. Maybe it’s with your church, your ministry, your life. What is driving the outcome of those decisions? How do you determine the road ahead? Is it the voice of a lot of people? The will of the masses? The popular vote?

Perhaps instead of starting with the proverbial, often fictional, “lot of people,” we start somewhere else:

The most talked-about idea isn’t always the best idea. What seems pragmatic can be problematic.

(Bonus material: hats off to this guy for maybe the best tweet ever.)