Guest Services According to John the Baptist 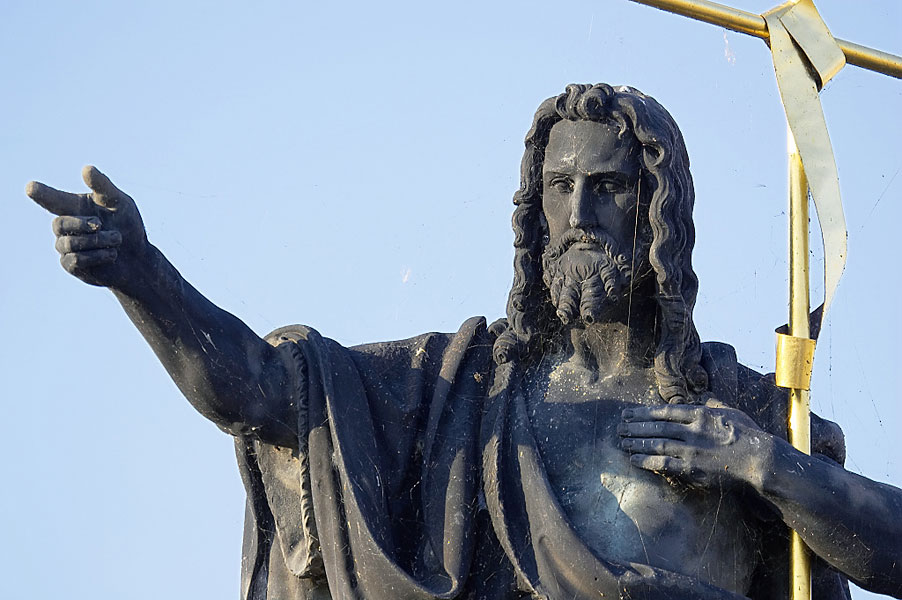 By society’s standards, he was what grandma would’ve called “an odd bird.”

He wore an ill-fitting camel hair robe and he ate honey-coated grasshoppers. He hung out in the woods a lot and implored onlookers to repent. He frequented rivers and streams and baptized people in impromptu worship services. He was tossed in prison on at least one occasion because he tangled with the local political elite. And ultimately, he was beheaded because of the devious scheming of a teenage girl and her mom.

John the Baptist is among the most colorful characters in scripture, but he’s almost a footnote to biblical history. That’s because John’s ultimate goal wasn’t to herald himself, but another. John had no desire to gain fame or accolades, but to raise the acclaim of someone else. The centerpiece of John’s ministry had nothing to do with John and everything to do with his cousin Jesus. His one sentence job description was to prepare the way of the Lord, and he wanted to cut through the clutter and religiosity of the day and simply point to the Messiah.

Look at one such opportunity that John had. When approached by local religious leaders who wanted to know who he was, who he worked for, and what his ultimate objective was, John steadfastly deflected their questions and turned the attention back to Jesus:

Are you Elijah raised from the dead?

Come on, now. Really. We need some answers for our bosses.

I am one voice, preparing for another who is coming, one so glorious that I’m not even worthy to untie his sandals.

We can learn a lot from John, and we can apply much of what we learn to the way we do guest services in the local church. Too many times, I fear we try to make much of our methods: we want to be bigger and better and flashier than the other church down the street, because the better we are the faster we’ll grow.

It’s a false narrative, and it’s one that can entrap us in pragmatism.

Rather than flash, we should pursue faithfulness. Instead of adapting a “look at me” mentality, we should encourage our guests to look to someone else. We should be okay with being obscure as long as Jesus is obvious.

Think back to this past weekend. Did the actions of your guest services teams make a bigger deal out of your church than out of Jesus? If so, it may be time to reexamine what you’re pointing to.