Thursday Three For All: Lessons Learned in Ministry, Organizational Culture, and Slow-Mo Baseball 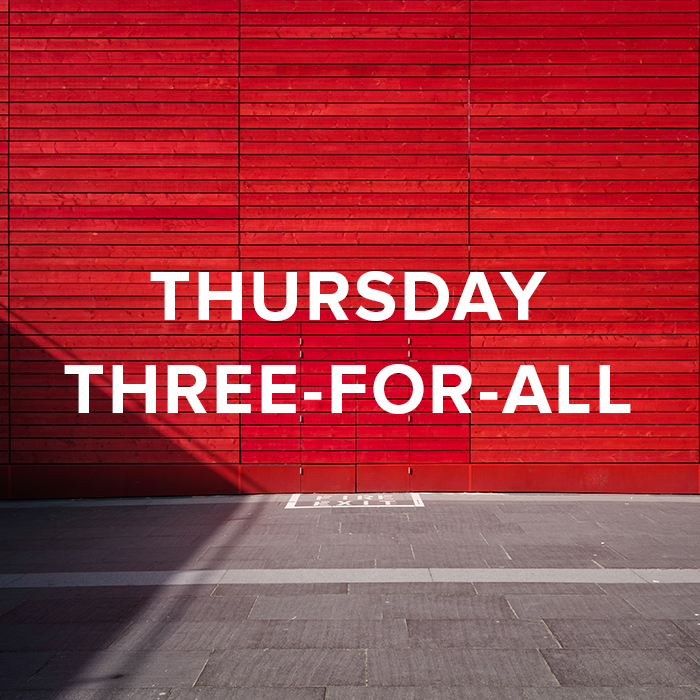 Lessons Learned from 30 Years in Ministry

(via @redeemerctc) Kathy Keller drops some fire in this long-tested and full-of-wisdom article. #3 is my favorite, for obvious reasons. What’s yours?

We paid our musicians, even though we couldn’t pay them a lot. We respected that that’s how they made their livelihood, and they respected the church in return. They brought their friends. At one time we did a survey and discovered that we had somewhere between three and four hundred professional musicians attending Redeemer. If you wanted to sing or play at Redeemer, you had to audition, which was unheard of in a church at the time.

But we believed that excellence in music and all the other public faces of Redeemer was inclusive, and that meant childcare, that meant the bulletin, that meant coffee hour — everything was more inclusive if it was done excellently, because even if you weren’t a believer, you could appreciate the music, or you could be impressed by the nursery, or you could say “They’re offering bagels and cream cheese at the coffee hour. Wow.”

How Do You Change Organizational Culture?

(via @michaelhyatt) Today’s “that’s incredible!” becomes tomorrow’s “so what?” Hyatt shares six tips to evaluate your culture and keep it fresh.

Rather than simply complain about what is, begin to image what could be. Imagine you are working with a blank sheet of paper and anything is possible. What would the ideal culture look like? Write it down in as much detail as possible. I wrote down five pages of notes and then distilled it down to ten attributes. I then met with my leadership team, and we fine-tuned it. This became a blueprint for what we wanted to create.

(via @abc) I’ve watched this roughly 45,000 times this week, mainly because I have a son that would’ve done this exact same thing…if he just thought about it. Don’t miss the stiff-arm at the :25 mark.