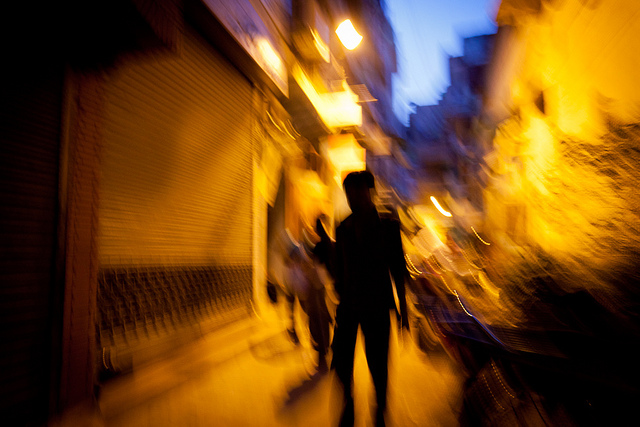 It was Ephesus, and it was spring. Which year, exactly, we don’t know, but we know that it was spring, and we know that the apostle Paul was putting the finishing touches on a letter to his friends at Corinth.

It hadn’t been a particularly easy letter to write. He had to tackle tough topics like church discipline, immorality, divorce, and lawsuits among believers. He commended the Corinthian church on some things but took them to the woodshed on others. He outlined his upcoming trip and updated them on his ongoing ministry.

And then, in the closing paragraphs of his letter, Paul inserts three almost-forgettable sentences:

Now I urge you, brothers – you know that the household of Stephanas were the first converts in Achaia, and that they have devoted themselves to the service of the saints – be subject to such as these, and to every fellow worker and laborer. I rejoice at the coming of Stephanas and Fortunatus and Achaius, because they have made up for your absence, for they refreshed my spirit as well as yours. Give recognition to such men. (1 Corinthians 16:15-17)

It wasn’t unusual for Paul to call out specific friends at the end of his letters. What is pretty usual is that we don’t always know who these folks were. Some scholars believe that Stephanas – or someone in his family – may have been among the first elders in the Corinthian church. Stephanas and his two friends – Fortunatus and Achaius – were almost certainly the deliverymen who transported a letter from the church at Corinth to Paul.

But more than the specific name-dropping, I find five words intriguing…every fellow worker and laborer. Paul says about those, about these men and women beyond the three that he named, be subject to such as these, [because] they have devoted themselves to the service of the saints.

The Corinthian trio – along with their volunteer counterparts back home – would have been easy to overlook. Had it not been for Paul’s small tribute, their names would have been lost to history. As modern-day Bible readers, we may never have stopped to think about how Paul’s letters got back and forth. More than likely, we would neither know nor care that men and women like these three existed.

But Paul knew. And Paul wanted to take a moment to recognize these three for their faithful service. And so he closed his letter by stopping to thank those who had served him, served the Corinthian church, and ultimately served Christianity 2,000 years later.

We don’t know the exact roles that Stephanus, Fortunatus, and Achaius held in the church. But we can be nearly certain that they did it for free. They were some of the early church volunteers. They freely gave of their time and resources in order to serve their fellow believers and ultimately serve their Lord.

And it was because of this service that Paul decided to say, “We see you.” We see your sacrifice. We see your gifts. We see your heart and your love for the people around you.

We see how Jesus is using you.

Church leaders, are we following the example of Paul? Are we taking the service of our volunteers for granted, or are we choosing to say “We see you”? Are we stopping to say thanks, pausing to acknowledge their giftings, and encouraging them to continue in the work God has called them to?

Our fellow workers and laborers refresh our spirits. Let’s not assume their recognition, let’s take the time to call them by name and thank them for their service.