Exceed the Expectation (part one) 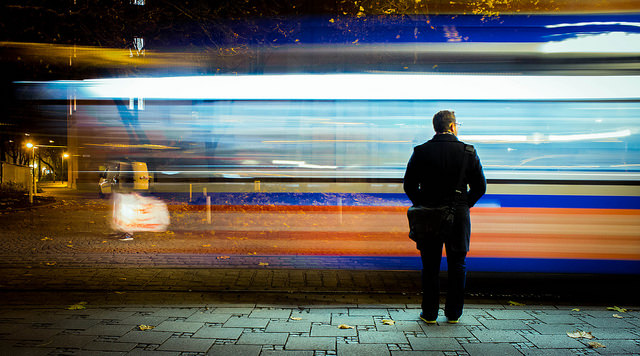 A couple of weeks ago my family and I met a great guy while we were out celebrating my wife’s birthday.  As our conversation progressed, the topic of “what do you do” came up.  I really hate the “what do you do” topic.  As a matter of fact, we have made it a rule that I don’t automatically volunteer the fact that I’m a pastor.  As soon as you invoke the P word, people start excusing their French and telling you about the time that they went to Vacation Bible School when they were six and they have a lot of respect for what you people are doing.  Translated: “You people are jacked and I wish I could get that week of my life back when I was six.  All I remember is that my VBS teacher had a mustache and she smelled like mothballs, and what’s up with serving me stale cookies and warm Kool Aid?”

So you can see, it’s better just to avoid the topic altogether, and then people might just think that I’m halfway normal, begin to trust me, and then open a conversation for the Gospel.

So back to my friend.  After the obligatory awkwardness (perhaps he thought I should have thrown out Latin words for fun), I decided to go for broke and just invite him to church.  Sure enough, he showed up the following Sunday.  He called me as he was pulling into the parking lot, so I went outside and met him at his car.  That’s when the fun began.  This guy, who had been so outgoing just a few nights before, was suddenly a little more reserved…um…a lot more reserved. As he got out of the car, he said, “I think you should know that I’m not really a typical church person.”  To which I replied: “That’s okay, we’re not really a typical church.”

I wish I could have gotten into my friend’s head for just a minute.  I hope I have the opportunity some day to ask him what his expectations were.

If he’s like most “typical non-church people,” his expectations were no doubt set pretty low.  First, we’d make him put on a neon orange name tag the size of a dinner plate to proclaim to all who see him that he’s a visitor.  Visitor, as in, “I’m not cool enough to be your guest, but you’re happy enough that I’m here that you’ll subject me to humiliation by letting everyone know that I’m new and my chest should be stared at whenever possible.”  Then, we’d make sure that he was left completely alone as he navigated a building he’d never been in before.  Where are the bathrooms?  Where’d those people get that coffee?  Where should I sit?  Once he arrived in the auditorium…right after we brought out the big haired screaming pastor, his wife who looks like she lost a paintball gun war, and pumped his wallet for all the money he brought with him…we’d shut off all the lights, except for one spotlight, which would shine directly on him as we force him to tell the last seven sins he committed.

Oh, and if he’s really lucky, we’d all take turns whacking him with different versions of the Bible.  (“Y’all bring me wonna them King James versions!  This boy’s still got lots of the devil in ‘im!”)

If you qualify as a “typical church person,” you know that we’ve done more than our fair share to earn that image.  I hope that my friend had his expectations shattered, then reset, then exceeded.  Here’s what I mean:

Shattered as he realized that…no…we were not at all what he thought we would be.

Reset as he sat through the service and went through a mental control-alt-delete with everything he thought he knew about church.

Every time Sunday rolls around, “typical church people” have the opportunity to exceed the expectations.  What are you doing that makes that happen?  We’ll talk it over more next time…