What is the Cost of Bad Service? 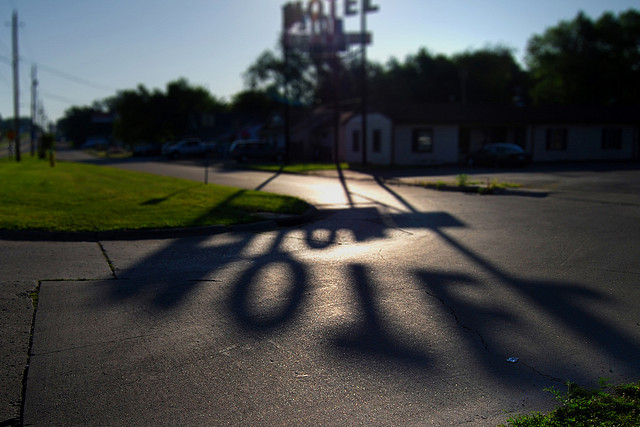 I recently read The Experience, a new book by Bruce Loeffler and Brian Church. In it, Bruce draws on his decade experience as a Walt Disney World cast member to help organizations get better at delivering five-star service.

Bruce tells the story of an experience years ago involving his daughter, a Sunday morning trip to church, and an emergency stop at a hotel for her to use the restroom. He asked the lady at the front desk for permission to proceed, but she said no, citing company policy. Seeing the desperation on his little girl’s face, he asked to speak to a manager. The desk clerk disappeared for 20 seconds, and then returned – sans manager – to snap, “He said it is our company policy; you cannot use our restroom!”

Bruce wrote a follow up letter to the CEO of the motel chain, recounting the experience and asking “Is it true that a nonguest cannot use your restrooms?” The form reply came back: “Dear Mr. Loeffler, we’re sorry for your inconvenience. When your travel plans call for lodging, please use Motel X.” That’s it. No answer, just a canned response.

Bruce wrote a second letter to the CEO, saying that he didn’t answer the question. A week later another letter arrived: “Dear Mr. Loeffler, if you will look on page 175 of the Motel X directory, you will find the answer to your problem.” That’s it. No answer, just a diversion. Oh, and no directory. But Bruce found a directory, and he found page 175. What he didn’t find was one single syllable about a restroom policy.

Bruce sent a third letter, which finally elicited a call from a vice president. The VP tried to assuage Bruce’s anger by saying “We don’t treat our customers like this.” Bruce (rightfully) called him out on it, and said they do and he did. He finally gave him an ultimatum: I hear from your CEO, or this goes on indefinitely.

Ten days later, he received a profuse apology in a letter from the CEO, admitting that he had never heard of the situation until the VP alerted him. Both of the initial form letters were from an admin in a cubicle. The VP’s efforts to reconcile were misguided at best and inauthentic at worst. And by this point, Bruce’s affection for the motel chain hadn’t grown any warmer.

But that’s not the best part.

As a presenter and professional speaker, Bruce uses that story not only in his book, but at his seminars. At this point he’s told more than 160,000 people about Motel X, but giving the real name and not hiding behind the “X”. By his math, those 160,000 repeated the story to ten friends. If the original hearers plus their ten friends are potential $100 / per night customers, Motel X has now lost $160 million in revenue because they barred a little girl from the lobby restroom.

How does this apply to your church? One rude greeter…one failed follow through…one lousy experience…any one of those things could be your church’s version of the Motel X restroom policy. But let’s not focus on the lost tithe money (that’s irrelevant). Instead, think about the cost to the relationship. How many unbelievers did that greeter run off? How many people failed to get in a small group because you forgot to email them? How many skeptics never gave the church a second chance because no one spoke to them? And how many next-generation disciples were not made because you failed to make your generation’s disciples?