Thursday Three For All: Assimilation, Adoption, and Star Wars So Far 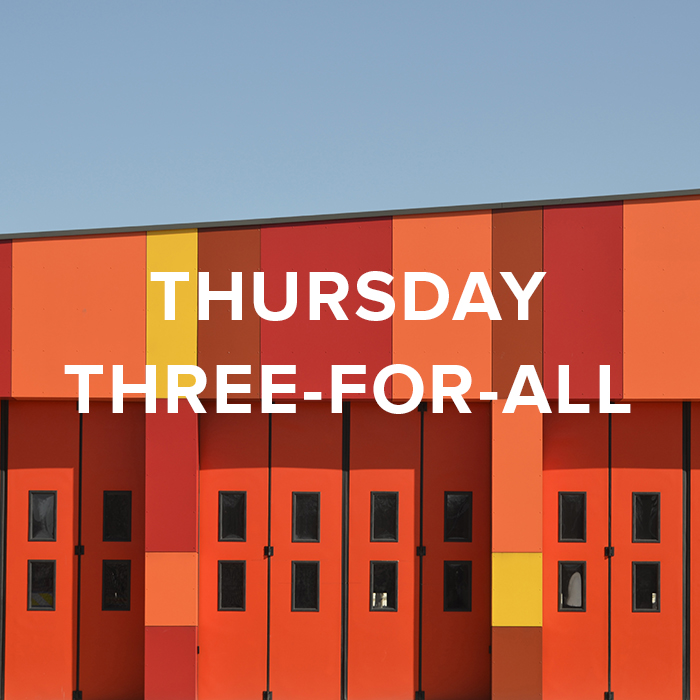 Assimilation And Our Churches: Do We Do It Well?

(via @edstetzer, @ctmagazine) Whatever your church size – mega, micro, or somewhere in between – you simply have to think through assimilation. Ed gives some helpful, practical counsel.

For those in church leadership, the issue of assimilation typically comes with questions of effectiveness and strategy. Truth be told, there is no one-size-fits-all plan for assimilation in every church.

That said, let me share a few of my thoughts. I’ll start with an analogy that, although not perfect, is nonetheless helpful to make a point.

Assimilation, I would argue, is a bit like staffing a nursery. You never know who is going to show up. And you barely know who will offer to help. And so you take a Sunday draft and everything goes OK. The babies may not be the happiest separated from their parents but, in the end, everybody got taken care of and there were no major problems. Yet internally you feel it is always an area of struggle.

(via @summitrdu) Wow. I have so much love and respect for this family. Read and be encouraged.

They have 12 kids: five biological, seven adopted, and four of them with special needs. There are school lunches to pack. And loads of laundry. And meals for 14. But somehow, Rob and Maureen Tumey are surprised that anyone would want to hear their story. Because, as Maureen shared, they’re “nothing special, just an ordinary family who has said ‘yes’ to God—again and again and again.”

Rob and Maureen had always considered adoption. But after having three kids and then getting the news of twins on the way, they felt their quiver of five may just end up being enough. Their house was too small, their vehicle at capacity, and their bank account not adoption sufficient.

But the call to adopt never went away. Rob and Maureen began to ask these two questions: “How do we serve in God’s kingdom with our family of five kids? How can we include the kids in ministry?”

The Star Wars Saga So Far

(via @premiumfunny) Who’s excited about December 15? (If you didn’t just raise your hand, we’re done with this relationship.) This quick two minute recap won’t help those who have never seen Star Wars (again…what’s wrong with you), but for those of us who have repressed episodes 4-6, it’ll be a helpful memory jog.