What the Church Can Learn From Disney (part 2) 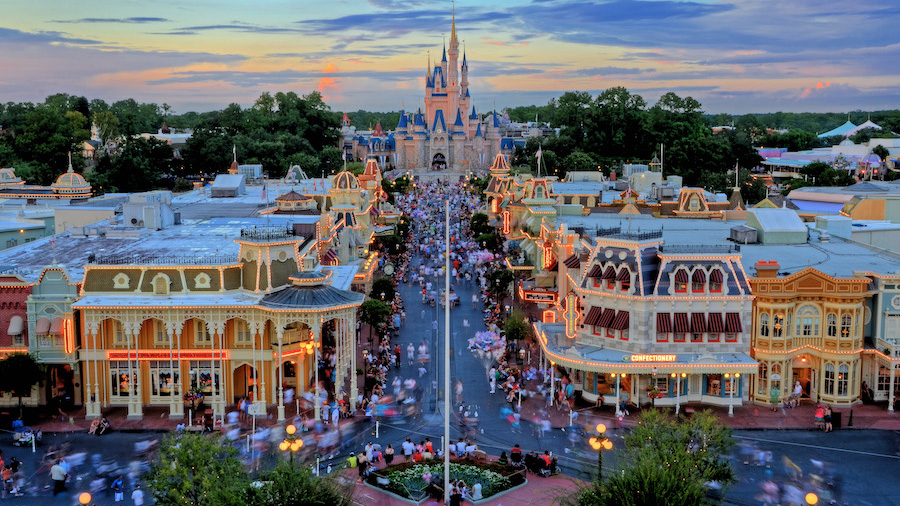 It’s a series, yo. Start here.

Walt Disney envisioned that his theme parks would represent a grander “show,” a living movie, if you can imagine that.  As such, you are not just walking into a park, you’re entering into a grand show that has fun as it’s theme.  If you’ve been to Disney, you’ve experienced this, though you may not have realized it.  Walt once said, “I don’t want the public to see the world they live in while they’re in the park.  I want them to feel they’re in another world.”

When you cross out of the turnstiles and take one of the tunnels to go under the train depot, you’re hitting the “coming attractions” (note the movie-styled posters on the tunnel walls, highlighting park rides).  As you enter the park, you smell popcorn.  Those popcorn stands?  They’re located there more for the smell than the sales.

Once you’re inside the park, you walk down Main Street U.S.A.  Actually, you walk up Main Street U.S.A.  The park was designed so that you’d walk a slight elevation as you approach Cinderella Castle.  The lay of the land gives you the “wow” moment of anticipation as you exit the tunnels and see the massive castle in the distance.  (Disney Imagineers employed a purposeful architectural technique known as “forced perspective” in building the castle.  It appears farther away from the other end of Main Street U.S.A. than it actually is, and it appears much larger of a structure than it actually is.)

As you travel from the hub of the park (the castle) to each land (Adventureland, Tomorrowland, I Ate Too Much Cotton Candy And I’m Going to HurlLand), you’re entering into different scenes of the movie.  The setting helps you transition.  The foliage, the music, the architecture…even the texture of the pavement changes to signal that you’re about to do something different.

So what can the church learn from Disney?  Simply this: build anticipation.

So what sort of anticipation does your church build?  Are you putting your best foot forward for guests?  Do you prepare for every weekend as if it’s someone’s first time?  Are you designing specific experiences with your guests in mind?

How do you – or how could you – build anticipation?  Comment below.

Tomorrow: You can’t force fun (but you can set the stage for it.)