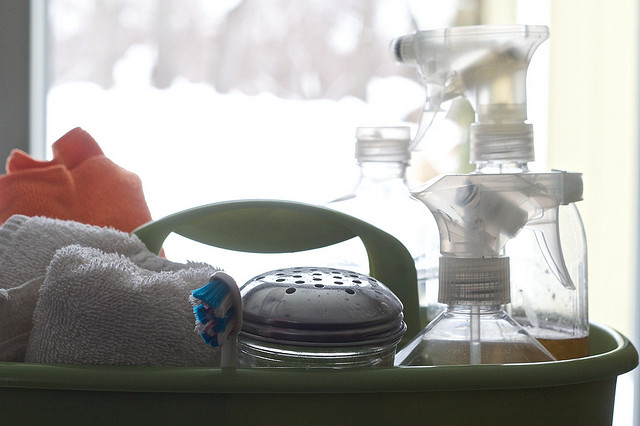 Last week was Thanksgiving, the time-honored American holiday where families gather around tables to partake in a sumptuous feast and reflect with gratitude on the blessings of our creator in the previous year.

If you’ve hosted Thanksgiving at your home, you know exactly what I’m talking about. Last week we were scheduled to have fifteen people at our house (a last minute sickness bumped it down to a dozen). But on Wednesday night and much of Thursday, it was all-hands-on-deck to get the place company-ready. We vacuumed. We dusted. We straightened. We cooked. We scrubbed. We fretted.

And by “we” I mean “not quite we.” Because you know as well as I do that there are varying stages of “we” when it comes to preparing a house for the general public. Here’s how the breakdown normally happens:

But let’s go back to the kids, shall we? (Yes. We shall.) I had a bit of a revelation during the Turkey Day Cleaning Fiasco, and it was this: these people don’t own this house. Oh yes, they live there. That’s where their birthday cards show up. That’s the place where they sleep and eat and shower and get free wifi. The parents own the house, and so it is the parents that generally care more about what the house looks like when company comes over. The parents are the ones having a giblet-fueled meltdown over kids that are planted firmly on the couch while the Housecleaning Frenzy is going on around them. The parents may or may not sound a little insane like this person.

What does this have to do with the church?

A lot, actually. Because bit of revelation #2 came shortly thereafter: this is the struggle of a church guest service team.

You have Mom, usually the team director. He or she carries the weight of getting it right. Mom notices every scrap of paper, every flawed system, every guest that threatens to fall through the cracks.

Dad is all too happy to do what he’s told, he just needs clear directions. He may not always see the scrap of paper, but he doesn’t mind picking it up when it’s pointed out.

The Guests are typically just grateful for the hospitality. They may see the scrap of paper, as well, but they’ll be willing to overlook it as long as people are friendly, outgoing, and seem to care about their experience.

It all comes down to ownership.

One of my dad’s favorite stories stems from the first week that Merriem and I were married. We were moving into our first apartment, and as my father and father-in-law moved from room to room, loading in boxes and assembling our $20 side tables we’d bought from Wal-Mart, I was following right behind them, turning off lights and shutting doors. Dad just laughed (he still does) and mumbled something about how it was different now that I was paying the bills.

So the question: how do you make the kids the owners? How do you build in a sense of responsibility for everyone on the team, whether or not they’re in charge of the team? Better yet: whether or not they’re even on the team? How do you ensure that every scrap of paper, ever empty toilet paper roll, every smudged entry door, every flawed system, every everything is cared for and owned by those who call your church home?