The Why Matters. (Even When It’s Accidental.) 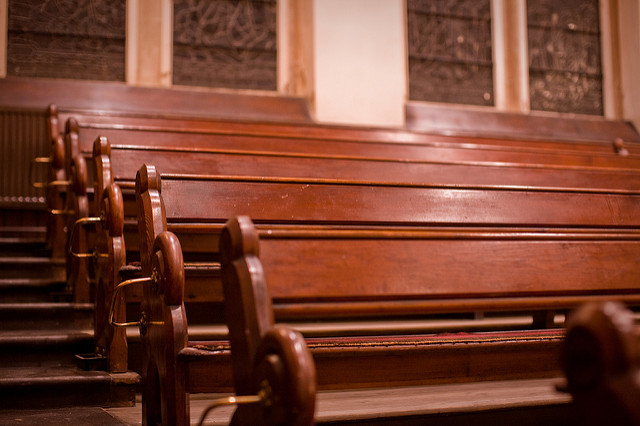 In our First Impressions Training, we focus on the “Why.” That’s disappointing to some Type A people who simply want to get a checklist and get on with the job. But checklists don’t allow you to gauge emotion, read feelings, or pick up on social cues to bridge a relationship. People who know the “Why” are more likely to figure out the “What” in any given situation…maybe more so than those who have been specifically trained for the “What.”

Exhibit A: a few weeks ago someone stumbled into a training at our Blue Ridge Campus. Audrey had intended to meet with another group, but much like the first day of every college semester I ever had, she ended up in the wrong classroom staring at the wrong syllabus and by the time she realized what had happened she just decided to stick it out. And while mistakenly attending a training may seem like a horrible way to spend an hour, things actually turned out for the good. Here’s what Audrey later recapped to Kyle Via, our First Impressions Director:

Even though I’m planning to serve in the Boiler Room [our prayer ministry], I found a lot of value in the information you offered. I enjoyed the concept of “people over policy”. It made the idea of serving with First Impressions in the future less intimidating to me. Most importantly I had never considered that people who seem feverishly glued to their cell phones are often new, lonely, or feeling social anxiety. I’m not a strong extrovert, but I want people to know they are important to Jesus and to me. I don’t want to leave someone feeling lonely or anxious while they’re sitting right beside me.
In the service after the training, I sat down beside a girl who was by herself. She was busily scrolling through her cell phone. In the past I might have accepted that as a “do not disturb” sign. But because of the training today I realized there was a chance that she might actually prefer to be engaged. So I made an attempt to push through that barrier and initiate gentle conversation. When I did, it worked. She put down her phone, seemed to show some relief, and we talked pleasantly for 5-10 minutes. The conversation was valuable to me, and likely for her too. I now know her name and we will probably both say hi the next time we see each other. I think that’s a big deal in the body of Christ. I’m sure you do too.
Basically what I’m saying is I’m better equipped to serve Christ in general after going through the First Impressions training today. Thanks for letting me crash. Thanks for making me better.
The “Why” matters, even when you didn’t mean to hear it. Even when you meant to be somewhere else. The “Why” makes us aware, alert, and makes our guests feel more welcome.
Leaders: are you preaching the “Why” on purpose, or stumbling towards it?
photo credit