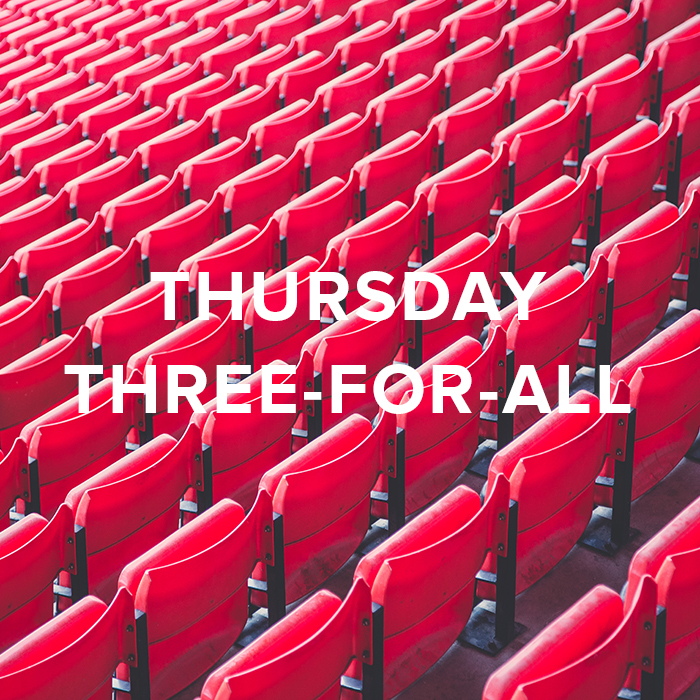 (via @KarlVaters) That giant sucking sound you hear is me gasping that my to-do list is not all-sufficient.

I love keeping to-do lists. They help me stay on task, keep track of my progress, determine who should be doing what, and so much more.

But I have to constantly remind myself that a to-do list is not a plan.

Starting a to-do list isn’t the creation of a plan, and crossing that last item off the list (as embarrassingly satisfying as that feels) is not the completion of a plan. It’s just a list. Helpful, to be sure, but it’s not a plan.

Usually, a good plan will involve a to-do list – maybe several lists for every step in the implementation of the plan. But a good plan is much more than that.

Meet the People Who Listen to Podcasts at Super-Fast Speeds

(via @buzzfeednews) I’m not in the 1% (count me as a 1.8 speed guy), but I do love to cram in some podcast content (here are some of my favorites). Bring on the speed!

Rachel Kenny started listening to podcasts in 2015 — and quickly fell behind. “As I started subscribing to more and more podcasts, they started stacking up, and I couldn’t keep up at normal speed,” the 26-year-old data scientist in Indianapolis told BuzzFeed News. “I also had to listen to the backlist of all the podcasts when I subscribed to them.” So Kenny began listening faster: first at 2x, then she worked her way up to 3x. She stopped only because “that’s just as fast as the Downcast app allows.” She estimates that she listens to five to seven hours of podcasts a day (which equals 15 to 21 hours at normal speed), “so maybe 20 to 40 episodes a day or 100 to 250 a week,” she said. She tracks her listening habits on a spreadsheet.

Kenny’s listening habits may be extreme, but she’s not alone. Meet the podfasters, a subset of podcast obsessives who listen to upward of 50 episodes a week, by, like Kenny, listening extremely fast. They’re an exclusive group: According to Marco Arment, creator of the Overcast podcast app, only around 1% of Overcast listeners use speeds of 2x or higher. (An app called Rightspeed, which costs $2.99, allows you to listen at up to 10x.)

(via @laughingsquid) This is great. Fred Armisen and Bill Hader team up to tell where Dave got all of his best jokes.