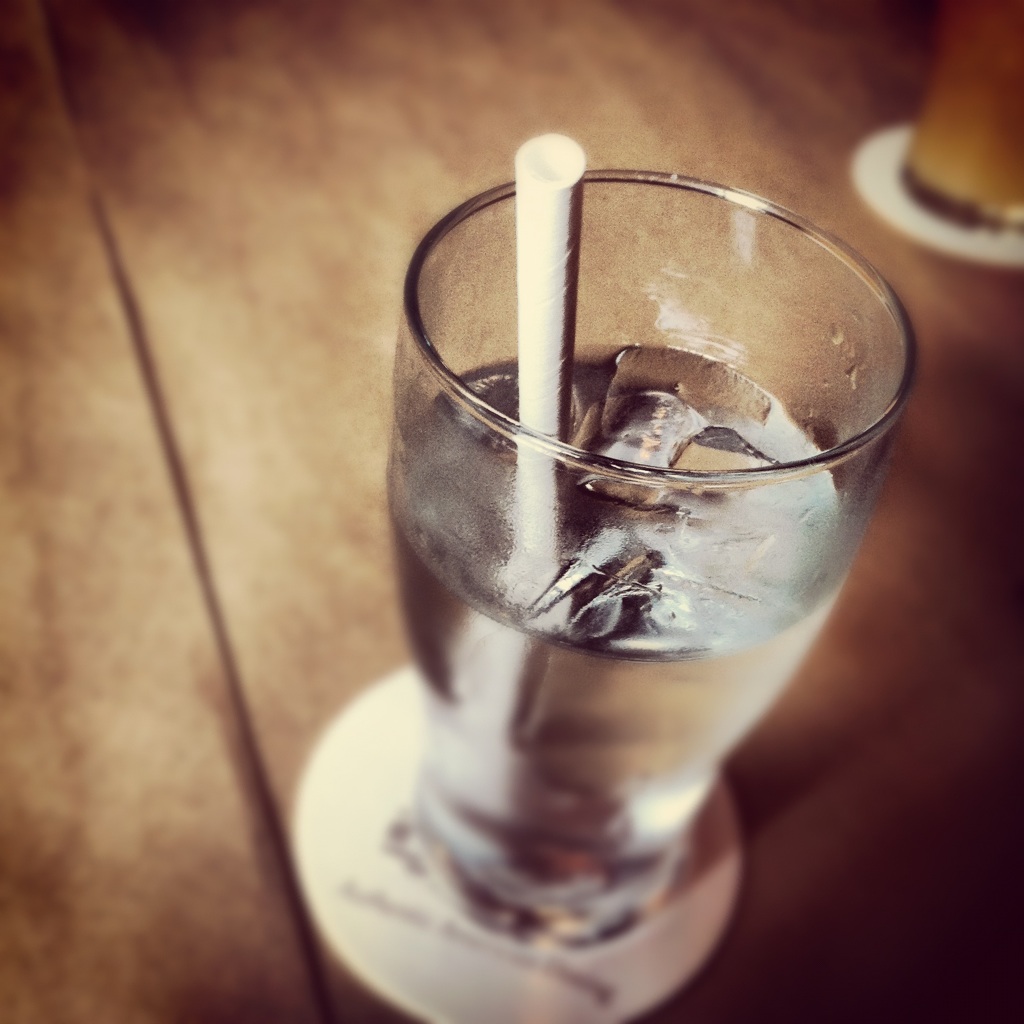 On Friday, Merriem and I stole away to one of our favorite date spots: Ted’s Montana Grill. It’s the perfect place to go if you like eating copious amounts of meat while staring at the dismembered head of the poor animal who provided said meat. And it’s also owned by Ted Turner, so I can feel good about getting food while lining the pockets of the guy who forces us to watch hours upon hours of Fresh Prince of Bel Air reruns on TBS each day.

Our server was a guy named Brendan. Friendly, but not creepy friendly. Helpful, but not hovering. The type of server who would get a good tip, but not one you’d just rave about after the meal was over.

You see, Ted’s is an environmentally friendly company, which means that they serve you sustainable bison, or something like that. And we love just about everything about Ted’s, except for the drink straws.

Their straws are made of paper, because they’re good for the environment. Which is fantastic, unless you happen to be the kind of person who enjoys using your straw to drink liquids. Because after a paper straw sits in a Diet Dr. Pepper for about 45 seconds, it’s not so much a straw as it is a decoration. A soggy, pulpy decoration.

So Merriem light-heartedly mentioned that she didn’t need a straw, because she wasn’t a fan. Brendan laughed along with her, “I understand that. They’re not my favorite, either.” And that was that.

Or so we thought.

A couple of minutes later, I spotted Brendan re-entering the restaurant. I didn’t know he’d left. But he had. And he went next door – to another restaurant – to get my wife a plastic straw.

It was a simple action. It didn’t cost him a dime. It didn’t take more than a few seconds. It certainly didn’t get him promoted to assistant manager.

But it was meaningful. It got our attention. And it made us feel appreciated and valued beyond belief.

Brendan heard us, empathized with us, and took a step to make sure we had a great meal. And that’s where the nexus of service and experience meets.

What “straws” are your providing to your guests?