Q&A: How Do I Recruit Volunteers In A New Church Plant? 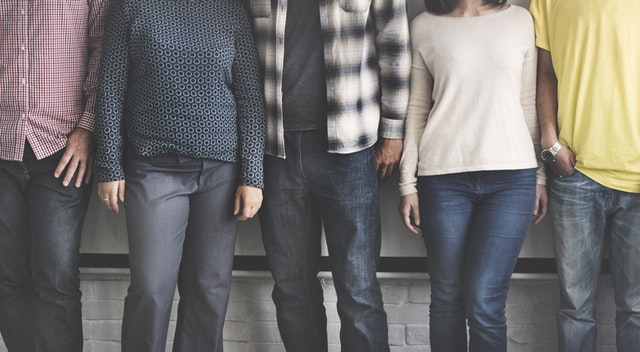 Our church officially launched earlier this fall. We had an incredible group of Guest Services team members who impressed everyone. Now we’re working to continually improve. How can we continue to recruit volunteers moving forward?

It may sound crazy to you right now, but building momentum working up to a launch may be the easiest hurdle you’ll ever jump. I know…I know. You’re likely still out of breath from the sprint to the starting line. You’ve put in a ton of unseen hours behind the scenes. You have asked and coaxed and pleaded with people to serve. Being told “this was the easy part” is enough to make you want to lunge across the interwebs and punch me in the face. (Good thing for me that you’re too exhausted to lunge!)

But f’real: there is energy in a new thing. Every time we’ve launched a campus, finding volunteers to serve at that campus was – in comparison to everything else – relatively easy. People get excited about new. People rally behind new. It’s in the weeks and months and years to come that the shiny wears off of the new and you find the recruiting of volunteers to be a lot tougher.

So how do you keep the momentum? I think there are at least seven ways:

Make serving the norm. As a guest services guy, I believe wholeheartedly in a “We’re here to serve you” posture. Let me clarify that: I believe in holding that posture for the first few weeks (maybe even first couple of months) of a guest’s arrival. But you have to get new people off of the sidelines and into the game very quickly, or else you risk creating a culture of consumers.

Realize that new people reach new people. Your new volunteers are going to have a circle of influence that you’ll never have. They’ll also have a passion for serving that – in some ways – will eclipse your own. Harness their energy. Empower them to invite friends to serve alongside them.

Don’t fall victim to a “We’re fine” mentality. I’ve written about this before, but it’s far too easy to give people an out when they really want to serve. If people ask to get involved, let them. Create a space for them. Don’t let them get away because you don’t have a plan.

Know what to do with their yes. Speaking of a plan, answer this question: What would you do if ten people walked up to you this Sunday and say they’d like to serve? Handing them a stack of bulletins and pointing them to a door (without training) is not an option. Neither is locking them in a classroom with 25 three year olds. If you don’t have a consistent on-boarding process for volunteers, you’re not yet ready to lead volunteers.

Let people see the opportunities. It’s an honor to be thought of as a well-oiled machine. But when you get there, there will be people who think they’re unqualified to serve because they don’t possess the spit and polish that your organization exudes. Talk up opportunities to serve and help people find their skill set.

Create an asking culture. As a leader, it’s your job to invite new people to serve. But it’s also your volunteers’ responsibility to invite new people. Seek to build a culture where everyone is a shoulder-tapper (I credit that phrase to Tim Stevens and Tony Morgan).

Never shut up. The work of the church is built on the passion of volunteers. For that reason, you can never stop talking about the mission and vision of the church. You have to consistently pitch opportunities for service and the necessity of utilizing individual gifts for the larger community.